The sun had set and about 15 balloons were set up. Finally, for the past few years of attending the event, I am about to witness the night activity of the event. Intense light were coming out from the burners of the balloons. By 7:00 PM, the envelope of the balloons looked like light bulbs from the their bright glow: 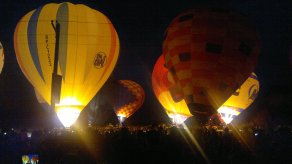 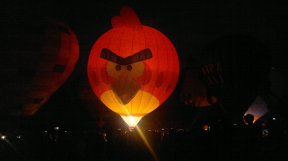 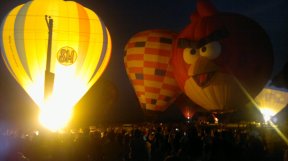 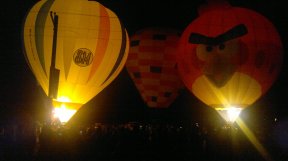 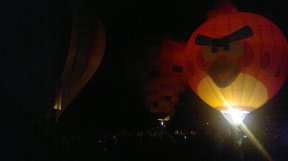 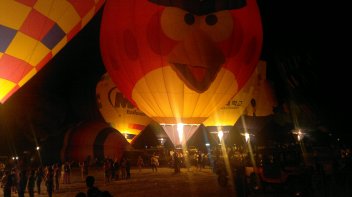 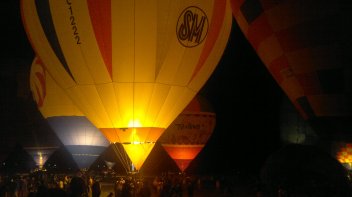 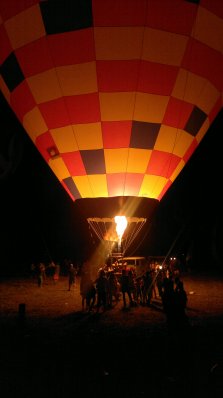 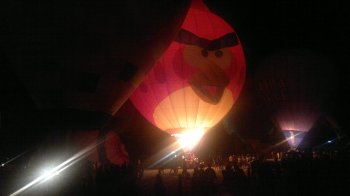 At first, I thought of re-attending the next day of the event since I missed the early morning balloon flight. As I watched them glow, I can almost imagine this is what I see at the early morning except that the balloons will not fly.

I also took a video of their simultaneous glow. The host counts down to perfect the timing:

Even the commercial balloons have their night glow 🙂 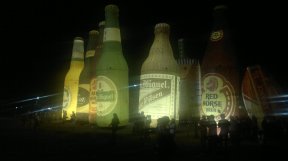 By 8:00 PM they started their fireworks display:

After the fireworks, we were asked to go to the grass area to watch the band performances. While waiting, I took pictures of the persons beside me: 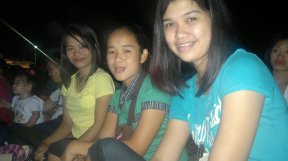 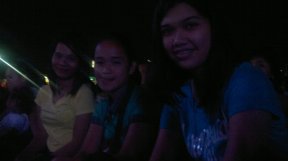 I said to one of them, I wonder how can I tag them? She answered back that it is okay if not. She does not know I really wanted to tag them O.o Hopefully, she would read this and tag herself on our Facebook page.

By 9:00 PM, 3 Stars and a Sun started their performance first:

Next band was White Lies:

The vocalist is persistent to make the crowd lively. He kept on asking the audience to stand up and finally he was able to.

After the band’s performance, one of the hosts started the Cha Cha Dabarkads dance contest. They looked for 10 participants and 6 of them won SKK mobile phones, provided by the local mayor:

And the last event of the day was Blakdyak’s performance. He even picked one from the audience to accompany him during his set:

At 11:00 PM Blakdyak was still performing. I was too exhausted and went home even though I wanted to finish the performance.

Scheduling of the activities on the event seemed to be off. The organizers might be anticipating the “Filipino Time”, most probably. The wait from morning to evening was worth it as I find the night activities entertaining and non stop.

If there will be a year 2 for the same organizers, I think it will be a challenge to them on how to make the event more exciting to people after the morning flight and before night glow activities. Kudos for the record breaking 35 hot air balloon participants, the cultural dancers and the bands.