It has been awhile since I attended an event. We were all busy attending, contributing and organizing our holiday gatherings. I managed to attend my last event for the year 2013. I took a peek at A December to Remember, Giant Lantern Show at Nepo Center, 12-27-2013. I arrived at the venue at around 7:00 PM. I was surprised that I was able to park our car easily. Traffic was usual. I was not given a parking fee and an entrance fee of the event.

As I reached the venue, I saw the Holy Angel University Chorale performing.

Though the chorale did an a capella, I wished they had a better sound system or microphone to hear them properly knowing it’s an open space.

I also looked at the food vendors. I saw Jollibee, Greenwich, Chocolate Batirol, Green Tea, Takoyaki, Sun Cellular and some others. Chocolate Batirol said they will be opening soon at Nepo Mall.

I was not able to take pictures of the other vendors because the front with logo was too dark and crowded.

The 2 Giant Lanterns performed their second show with modern songs as mentioned by the local hosts. 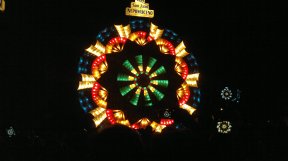 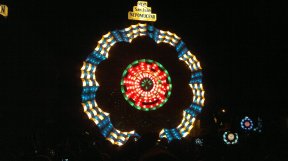 After the second show, the Circle of Faith sang some OPM with some of the audience. 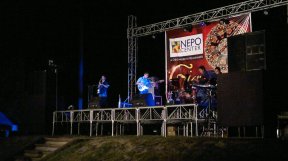 I felt touched with the vocalist’s concern with the audience because he kept on asking the management if the crowd can get closer and accommodate the seats meant for VIP up to the last minute of the event. The seats were plenty. He even went outside the VIP area to meddle with the crowd.

For their grand finale, the Giant Lanterns were lit up together with the Circle of Faith’s performance. 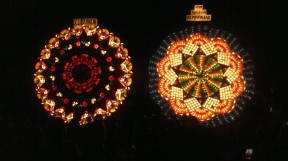 After the event, I saw people taking photos of Sangguniang Kabataan’s Christmas decoration nearby and I managed to take some photos. 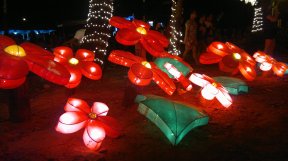 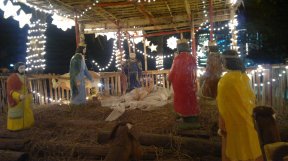 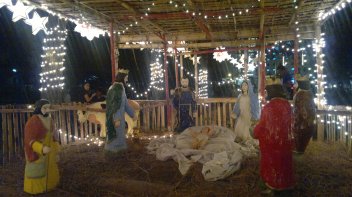 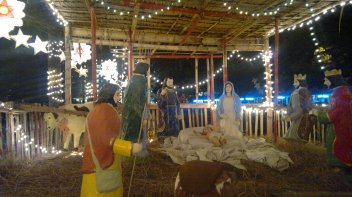 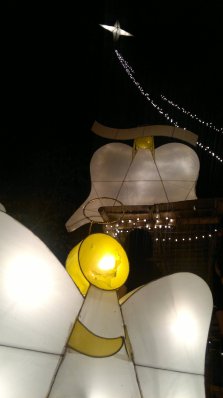 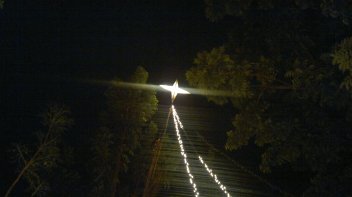 Not only on Christmas, SK (Sangguniang Kabataan) also decorates this place on other holidays (Halloween, Holy Week, Valentine’s Day)

This was the first time the event was held here. It is nice that the Giant Lanterns are being showcased in different places to reach out people who were not able to attend the the Giant Lantern Festival / Contest which was held elsewhere. This might be a start of a recurring or yearly event at the heart of Angeles City.

Hopefully you liked our posts for 2013 and would keep on checking our blog. You can also like our Facebook page and Youtube channel to be updated once we have new posts and uploads. Happy holidays to all of you 🙂